I didn't really get as much done as I'd hoped, but in going through it, there were still a few cool things. Just some of the better stuff...

Learned Yocto in order to implement a Coral AI accelerator for a client.

Took a trip to Vancouver, and another to my hometown, and one last one to Los Angeles to close out some business. But Covid really restricted the personal travel still, this year.

I did continue with the UFW work on Second Life. I suspect I am spending too much time with this, and I am going to need to decide - fun or projects. ;) Some pissy people have me questioning whether it's actually fun anyway. I'll decide by year end.

I added some vision-impaired enhancements to my TI emulator - Classic99. It has background noise (which on the real console was an interesting indicator of activity), and I added a screen reader that works most of the time! It received a bit of attention that was quite pleasing! I have only one vision impaired user, but he went so far as to create a podcast describing it and demonstrating its use.

Because I was worried about losing access to my domains at the end of last year, I started up Fossil Line Systems (https://fossillinesystems.com/). The hope was to use it for local contracting, though I've been pretty busy. I also ended up not losing access to my domains, so I am a bit torn whether to keep HarmlessLion active or not. I have to admit I quite like the new logo, and I like the concept of advancing.

I did do a couple of other contract projects. I did a little bit of small animatronic work for a local production that I can't really talk about yet... but I also got to work on a brilliant new animatronic. It was fun to work on a big machine again, and with a skilled team that knows what they are doing. 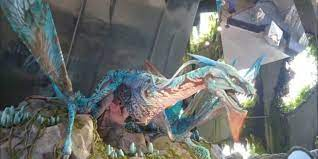 I guess the last notable thing I did wasn't really something I had to do myself at all - but I sold Cool Herders as a property to Piko Interactive. It was really kind of them, and I need to work on some extra tasks for them as a condition of it. Kind of a relief anyway, since now I can strike several potential projects from my todo list, hehehe. ;)

Posted by Tursilion at 9:06 AM